A damaged oil well may be leaking five times more oil into the Gulf of Mexico than officials first estimated. This view of the slick was captured by the Moderate Resolution Imaging Spectroradiometer (MODIS) on NASA's Aqua satellite on Wednesday, April 28. The eastern part of the oily area is covered by streaks of clouds, but the reddish streaks shown in photos of the slick appear to be visible. It appears that a tendril of oil is reaching out toward the tip of the delta. 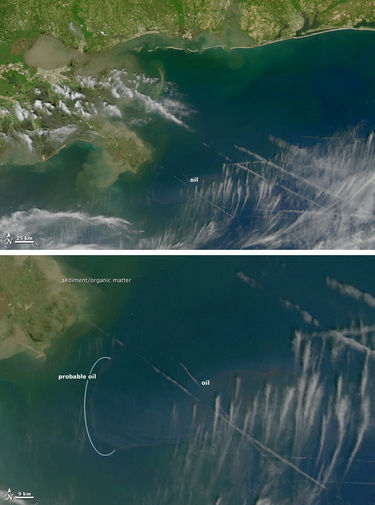